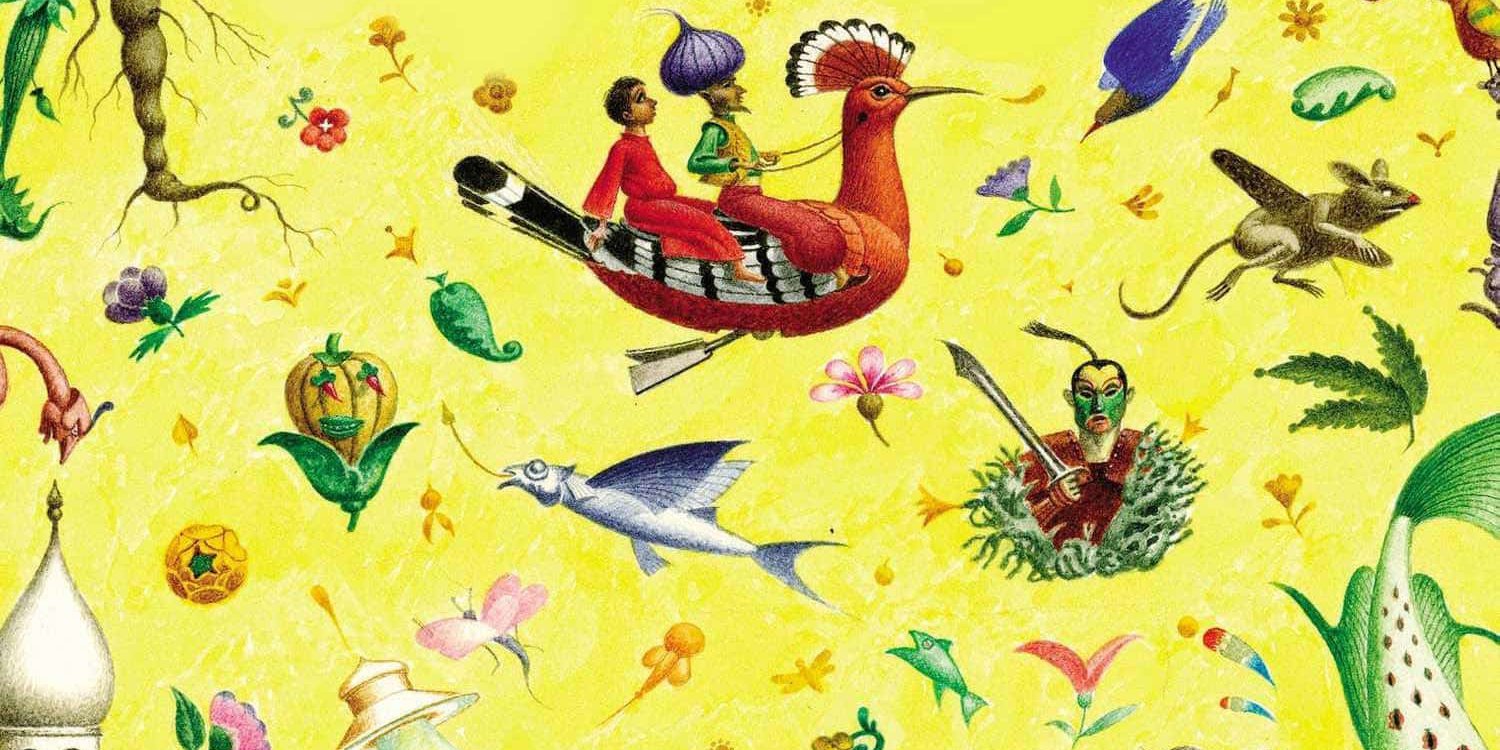 Book review | Haroun and the Sea of Stories

Aside from writing content specifically for this blog, as I mentioned in my first post, I plan to repost some of my favourite pieces from my tumblr blog. And I thought it might be a good idea to start with the post that gave this blog and its writer their names. For my readers who don't speak Hindi, Kahani means story in Hindi, and it's the name of the city in Salman Rushdie's Haroun and the Sea of Stories that I've reviewed below. And for the uninitiated, The Egg Man is from John Lennon's lyrics for I am the Walrus and Rushdie, in a nod to the Beatles, calls an erudite group of people Egg Heads, who are led by I. M. D. Walrus.

I came across First Amendment Fundamentalism* through the writings of Christopher Hitchens, who was a lifelong crusader (pun intended) for freedom of expression and a self-confessed First Amendment Fundamentalist even before he launched his war against religion. One of the events that combined both his passions and also led to a barrage of high quality writing from him was Salman Rushdie’s fatwa.

Salman Rushdie himself has suffered a great deal due to the fatwa and the lack of complete freedom of expression in our world. His genius, though, lies in the fact that he’s managed to write a treatise on the importance of the freedom of expression and the relevance of stories and fiction, and cleverly disguised it as a thoroughly entertaining children’s novel, Haroun and The Sea of Stories.

I got book from the library thinking it’s a set of short stories but learnt that it’s a novel from its back cover. I’m not a big fan of novels (primarily because I’m a slow reader), but what really perked up my interest, and kept me engaged, was the character and place names, many of which are derived from Hindi, Sanskrit, and Urdu words, and if you know the meaning of these words it enriches your reading experience immensely. Salman Rushdie has an inimitable way of connecting with English and other languages and using them to keep the reader engaged.

The book is dedicated to his first son Zafar and we can easily see a lot of parallels to his own life (e.g. a story-teller and his son are the main characters), which will probably be more obvious to people who’ve read Joseph Anton. The tone is much like the author is reciting the story to his son. The feeling was much like what I experienced while reading Hobbit, which is presumably the written version of the story that Tolkien told his children.

The character names also have plenty of references to other stories like the Arabian Nights stories, Alice in Wonderland, Don Quixote, and most pleasingly for me, the Beatles. There is a group of people known as Eggheads whose head is I. M. D. Walrus. This is the exact reference I’ve used for my pseudonym, and these are quite an intelligent group of people so I was stoked by the coincidence. Talk about connecting with his readers!

The country the book starts in is called Alifbay (the first two Arabic/Urdu letters) and the city is Kahani (story; this blog's name). The "world" has talkative and silenced sides known as Gup and Chup. He’s used the analogy of light and dark as well as (the sun’s) warmth and cold adroitly to explain the differences between a society with freedom of expression and a closed one. These references also reminded me of this article, in which the Turkish author Mustafa Akyol talks about how the Islamic states now have moved far away from what the Islamic culture stood for a few centuries ago. Coincidentally, that article mentions Ibn Rushd (known as Averroes in the west), a 12th century scholar whom Rushdie’s father took his family name from.

The Gup army is called the Library and is headed by General Kitab (book). Its regiments and battalions are volumes and chapters and the army men and women are pages. This analogy talks about the importance of books and libraries in an open society and does a splendid job of driving the point home.

I’ve already divulged quite a few details and I’m afraid if I go on any further I might end up spoiling it for you, which I’d hate to do because this is a must-read for anyone who likes fiction and believes in the power of books and the freedom of expression. It should also be made mandatory reading at the primary/junior high school level.

* First Amendment fundamentalism is a belief that ALL laws limiting or suppressing speech, including those against extortion, contempt of court, slander, libel, etc., are unconstitutional by the plain reading of the First Amendment of the American Constitution.

Aside: Whenever I think about Rushdie’s love for language, his knowledge of English literature, and his endearing camaraderie with Hitchens, I’m reminded of this video: http://www.dailymotion.com/video/xhybzb_rushdie-and-hitchens-playfully-alter-classic-literature_news